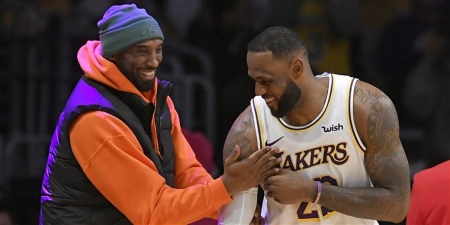 The money raised from the jersey sale will be donated to the Mamba On Three Fund and the Mamba and Mambacita Sports Foundation, both of which are connected to LeBron’s hero and late friend Kobe Bryant.

The MambaOnThree Fund exists to honor and monetarily support families of the seven other victims also involved in the helicopter tragedy.

The Mamba & Mambacita Sports Foundation is focused on creating a positive impact through Sports.

According to CBS Sports, the blue No. 2 jersey in itself was a way for James to pay homage to Gianna Bryant, Kobe’s late daughter, who wore No. 2 while playing basketball for Mamba Sports Academy.