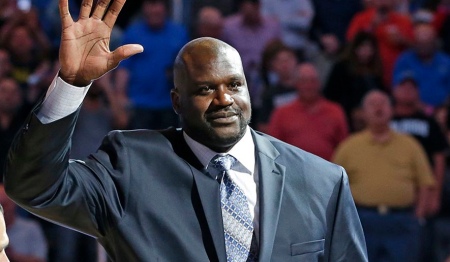 The event, “Welcome to Chicago” takes place at Soldier Field on Feb. 13 and will raise funds to roll out “Cool Kids Code,” a S.T.E.M. program for youth, in four cities.

Speaking of the Motor City, the event will also be co-chaired by fellow Hall of Famers Isiah Thomas, who played for the Detroit Pistons, and Dave Bing, who also played for the Pistons.

The fundraiser will surely draw a crowd of athletes, entertainers, and sports enthusiasts—leading up to All-Star weekend, which is being held in Chicago for the first time in 32 years.

“I always enjoyed coming to Chicago during my career, and now I am coming back to help support a very good cause. I’m looking forward to it!” O’Neal said in an emailed statement—shared by the Chicago Sun Times.