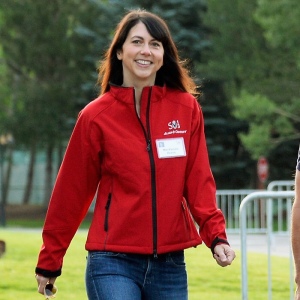 MacKenzie Bezos is one of the latest to join the Giving Pledge, which encourages the world’s richest people to dedicate a majority of their wealth to charitable causes.

She is an award-winning novelist and journalist and currently the third richest woman in the world. However, she has decided to give at least half of her fortune to charity.

The initiative, launched by billionaires Warren Buffet, and Bill and Melinda Gates in 2010, had garnered the support of at least 204 individuals and families, according to CNN.

“There are lots of resources each of us can pull from our safes to share with others,” the fiction author stated in a letter published on the Giving Pledge website. “In addition to whatever assets life has nurtured in me, I have a disproportionate amount of money to share. My approach to philanthropy will continue to be thoughtful. It will take time and effort and care. But I won’t wait. And I will keep at it until the safe is empty.”